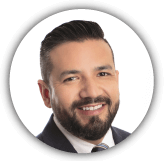 Gary is currently serving as the Director of Public Affairs at VisitDallas, formerly the Dallas Convention and Visitors Bureau. In this role, Gary is responsible for developing and fostering relationships with community partners, stakeholders, elected officials, chambers of commerce, state and national associations as they relate to hospitality and the travel/tourism industry. Additionally, he leads the organization's government affairs, and works with local, state and national associations to protect and advocate for policy directly related to keeping Texas a welcoming destination for all.

Gary has more than fifteen years of experience in marketing and public relations, both in the private and public sectors. A native of Laredo, Texas, Gary earned a Bachelor of Science from the University of Texas at San Antonio. 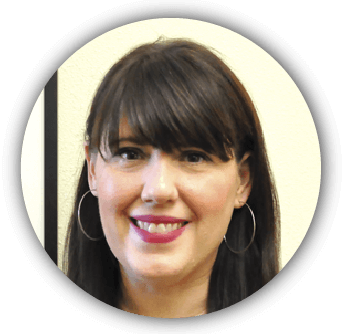 Rachel Wolf earned a B.A. in English and Women's Studies from the University of Massachusetts at Amherst and an M.A. in English from Texas Woman's University. Ms. Wolf has worked in the Dallas County Community College District for nearly 25 years. In addition to her roles as faculty and staff, she has served as an executive leader for over 10 years. She has also facilitated presentations and trainings on Leadership, Global and International Citizenship, Cooperative Learning Techniques, Sustainability, and Equity, Diversity, and Inclusion.

Ms. Wolf is ATIXA certified in Title IX coordination and investigation, as well as ADA/504 compliance. She has been nominated for numerous awards, and was honored as Eastfield College's Administrator of the Year, as well as receiving the John & Suanne Roueche Excellence Award from The League for Innovation. Rachel is a long-time resident of Lake Highlands, and enjoys spending her free time with her husband, Ryan, and their son, Luke. 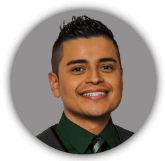 With more than 15 years of experience in marketing, advertising, and public relations, Armando has worked with various businesses and organizations throughout his career, including retail, B2B, and healthcare. Today, Armando is the marketing communications director for Goody Goody Liquor, a Texas family-owned retailer of wine, beer, and spirits. In his corporate role at Goody Goody, Armando spearheads external marketing communications initiatives for the 23-store chain.

A native Dallasite, Armando earned a Master of Arts in Communication from the University of Texas at Arlington. 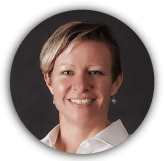 Suzanne joined the Chamber in 2017 when she started a CPA practice focused on tax compliance for solopreneurs and is serving her 2nd term on the Board.  After graduating from Texas A&M, she began a career in audit at KPMG, then moved on to various industry roles in Financial Reporting, Finance, and Supply Chain.  It was at PepsiCo where she discovered a passion for working on inclusion and equality through business when she became involved in leadership of EQUAL, the LGBT employee resource group.  She served two years as co-chair of HRC’s DFW Federal Club and served on the board of AIDS Interfaith Network for several years.

When Suzanne is not preparing taxes, she prefers to be hiking a remote trail (desert, mountain, or forest) or researching her next trip. 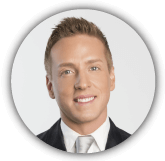 Clint is founder and Senior Technician at Celeratec Managed Services, LLC. Celeratec manages every aspect of technology infrastructure, from recommendation and procurement to implementation and management. The company offers a variety of products and services created to maximize your technology assets and ensure your business success.

In addition to running Celeratec, a certified LGBTBE®, Clint is a competitive runner. Clint has served on the local leadership council of Lambda Legal, most recently as the council's co-chair. He is also active with the Dallas Red Foundation, a charitable organization that provides funding to Legacy Counseling. 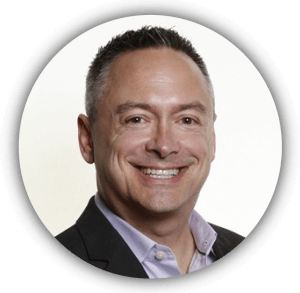 A native Houstonian, Scott has been a proud Dallas resident for more than 20 years. His detailed market knowledge and expertise incorporate that invaluable perspective of both a long-time resident and a real estate agent.

Scott’s background in human resources and operations has inspired him to appreciate lifelong education and training. He has acquired numerous real estate designations as proof of that. He is proud to be an agent with Dave Perry-Miller Real Estate because of their professional approach and emphasis on excellence aligns with his values. 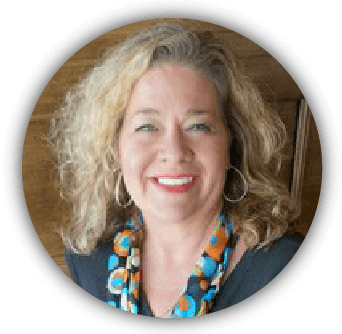 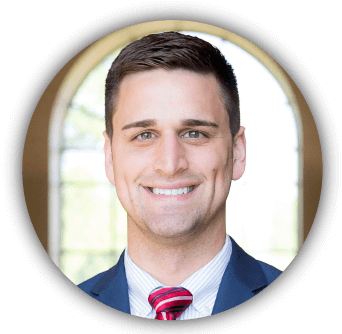 Jake Krysiak is an associate in the Corporate and Transactional group at Polsinelli PC, a national law firm. He is committed to understanding the industry in which clients operate and clients rely on Jake to analyze each corporate transaction matter to develop strategic solutions to their immediate and long-term business and operational goals.

Working closely with seasoned Polsinelli attorneys in the Corporate and Transactional practice, Jake regularly counsels clients in a wide variety of corporate matters including commercial contracting and corporate governance, but he spends most of his practice engaging with clients to scale their operations nationally and working with client in both buy-side and sell-side mergers and acquisitions.

Jake graduated with majors in International Business and Economics from the University of Oklahoma College of Business and later went on to the OU College of Law to graduate with honors and a certificate in business law. Jake developed his desire for public service in law school when he worked as a legislative liaison for the Attorney General in Oklahoma and later served as the lead researcher and writer for the Commissioner of Labor Task Force, which was dedicated to resolving issues and providing guidance on occupational licensing in the state.

Today, Jake not only serves on the Chamber and Foundation Boards but is also the primary resource to the Chamber on corporate governance and contractual matters. 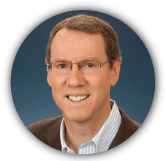 Stephen Lewis is General Manager of Diversity & Inclusion for Toyota, based in Plano, TX.  He is responsible for integrating diversity into every aspect of Toyota’s business and fostering a culture of inclusion throughout the company.

Lewis joined Toyota as an administrator in the company’s Distribution Department.  He later moved to the Product Planning division, where he worked on the development of future products and accessories.  He served in Sales Planning and Strategic Planning before moving to Toyota’s corporate office in New York, taking a Senior Manager role there in Corporate Strategy and Research.  Lewis has had a long-time interest in diversity and inclusion issues and has been outspoken in this area throughout his career.  That extracurricular work led to his current role leading the D&I team, first at Toyota Financial Services and now for the full Toyota enterprise.  Outside the office, he serves on the board of the LGBTQ Victory Institute.

Lewis is originally from Augusta, Georgia.  He earned a Bachelor of Industrial Engineering degree from Georgia Tech and an MBA from Georgia State University.  He lives with his husband Jason in Dallas. 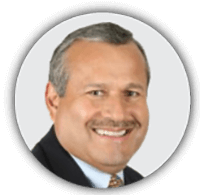 Armando is a Senior Loan Officer with Supreme Lending and a Chamber Member since 2010. He has spent more than 28 years in the mortgage business, previously working at Southwest Airlines for 20 years where he gained valuable experience in customer service.

Armando has been actively involved with the Jaycees, Alpha Kappa Professional Men's Alumni chapter, and local professional and networking groups. 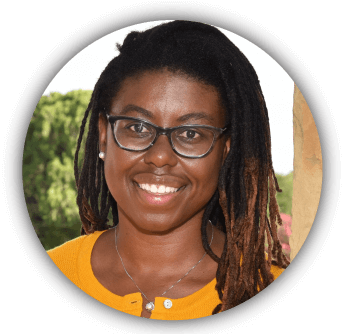 Joli is currently President & CEO of Metro Dallas Homeless Alliance. VP of Government Affairs and Public Policy with Dallas Area Habitat for Humanity. Prior to joining MDHA, Joli served as VP of Government Affairs and Public Policy at Dallas Area Habitat for Humanity and as managed the Community Engagement efforts at the Dallas Police Department. Joli also serves as the Co-Chair for the local Truth, Racial Healing, & Transformation organization, volunteers as a Court Appointed Special Advocate with Dallas CASA, and serves in a board capacity with Village Tech Schools.

Joli has published several Op-Eds and her most recent work can be found in The Dallas Examiner, USA Today, Ms. Magazine, and Visible Magazine. Joli also conducts training on topics ranging from Implicit Bias to the Inclusion of Queer Voices in Racial Healing. She is focused on lifting and amplifying the voices of all people and being a cheerleader for others to fully realize, appreciate, and step into their potential. 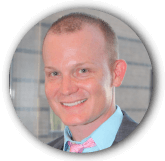 Waylon Tate is the CEO and principal publicist for J. Waylon & Associates (JWA), located in Dallas, Texas. JWA is a full spectrum public relations, creative business development and digital marketing agency that provides a tailored suite of services for clients in a variety of industries including startup ventures, hospitality and lifestyle, culinary and spirits, nonprofits and public policy. Waylon is educated with a Master of Public Policy from the University of Texas at Dallas, with a concentration in legal studies. In 2010, he was selected as a recipient of the esteemed UT Systems Bill Archer Fellowship, where he fulfilled the fellow program in Washington, D.C.

Over the span of his career, he has worked closely with the White House and numerous national non-profits and think tanks on a variety of issues. He has collaborated on community initiatives with local agencies including Dallas City Council, the Dallas County Commissioners, the Dallas County District Attorney’s Office, State Senators and Representatives, and law enforcement agencies. 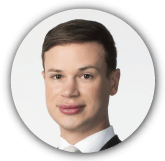 When he is not working and dedicating time to non-profit work, you can probably find JT, his partner, Derek, and their toy poodles, Miss Mary and Mister Jack at the lake! 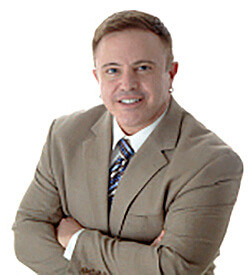 Tony has been the Chamber's President & CEO since 2007, following two years of service on the Board of Directors. His career in chamber management began thirty years ago as a membership specialist for the Greater Albuquerque Chamber of Commerce. Since that time he has worked with several general market chambers in Arizona and California, as well as five years as Executive Director of San Francisco's Golden Gate Business Association, the nation's first LGBT chamber of commerce.

Tony is one of less than 200 active chamber leaders, and the only LGBT chamber leader, to receive the Certified Chamber Executive (CCE) designation from the Association of Chamber of Commerce Executives (ACCE). He is also a graduate of the US Chamber's Institute for Organization Management (IOM). Tony has served on the US Chamber West Institute Board of Regents and the Institute Board of Trustees. He currently serves on the boards of the North Texas Commission, Visit Dallas, where he chairs the Governance Committee, and ACCE, where he chairs the Audit Committee. He is a member of the Texas Chamber of Commerce Executives (TCCE), as well as Leadership San Francisco, and Leadership Dallas alumni associations.  Email

Prior to joining the Chamber, Lisa served as the CEO of the Nashville LGBT Chamber of Commerce. Working with several economic development teams, Lisa's accomplishments in Nashville include:

Lisa is an often sought after resource to help organizations plan and achieve their strategic diversity, equity, and inclusion goals. Email

Debbie Hoff retired from Raytheon in October 2010 after working for 32 years in Defense Systems software. While at Raytheon, Debbie was involved with its Gay Lesbian Bisexual Transgender and Allies (GLBTA) Employee Resource Group. In 2005, at the request of friend, Gib Murray, Debbie became the first straight ally officer of GLBTA, and continues to support the organization in her retirement, participating in group activities and hosting events at her home.

While an officer of GLBTA and, once again, at the request of Gib Murray, Debbie began her involvement with the North Texas LGBT Chamber of Commerce. Debbie first volunteered on the Membership Committee in 2007 and started regularly attending networking events.

Debbie currently chairs the Chamber Volunteer Committee. She also works at the Chamber office one afternoon a week. In addition, Debbie volunteers at Methodist Richardson Medical Center and is active with several ministries of First United Methodist Church of Richardson, where she serves as chair of the Church & Society Work Area.  ​Email